A couple of books of essays as well as some evocative fiction in this week’s recommendations.

The Window Seat by Aminatta Forna

Movement is a constant here. In the title piece, The Window Seat,” Aminatta Forna reveals the unexpected enchantments of commercial air travel. In “Obama and the Renaissance Generation,” she documents how, despite the narrative of Obama’s exceptionalism, his father, like her own, was one of a generation of gifted young Africans who came to the United Kingdom and the United States for education and were expected to build their home countries anew after colonialism. In “The Last Vet,” time spent shadowing Dr. Jalloh, the only veterinarian in Sierra Leone, as he works with the street dogs of Freetown, becomes a meditation on what a society’s treatment of animals tells us about its principles.

Deeply meditative and written with a wry humor, The Window Seat confirms that Forna is a vital voice in international letters.

The terrifying, lengthening list of Russia’s use of lethal poisons against its critics has inspired acclaimed author Sergei Lebedev’s latest novel. With uncanny timing, he examines how and why Russia and the Soviet Union have developed horrendous neurotoxins. At its center is a ruthless chemist named Professor Kalitin, obsessed with developing an absolutely deadly, undetectable and untraceable poison for which there is no antidote. But Kalitin becomes consumed by guilt over countless deaths from his Faustian pact to create the ultimate venom. When the Soviet Union collapses, the chemist defects and is given a new identity in Western Europe. After another Russian is murdered with Kalitin’s poison, his cover is blown and he’s drawn into an investigation of the death by Western agents.

In this fast-paced, genre-bending tale, Lebedev weaves suspenseful pages of stunningly beautiful prose exploring the historical trajectories of evil. From Nazi labs, Stalinist plots and the Chechen Wars, to present-day Russia, Lebedev probes the ethical responsibilities of scientists supplying modern tyrants and autocrats with ever newer instruments of retribution, destruction and control.

How Spies Think by David Omand 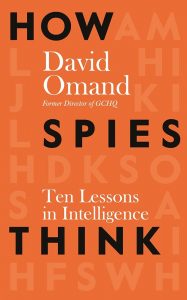 Looking through the eyes of one of Britain’s most senior ex-intelligence officers, Professor Sir David Omand, How Spies Think shows how the big decisions in your life will be easier to make when you apply the same frameworks used by British intelligence. Full of revealing examples from his storied career, including key briefings with Prime Ministers from Thatcher to Blair, and conflicts from the Falklands to Afghanistan, Professor Omand arms us with the tools to sort fact from fiction, and shows us how to use real intelligence every day.

A Tip for the Hangman by Allison Epstein

England, 1585. In Kit Marlowe’s last year at Cambridge, he receives an unexpected visitor: Queen Elizabeth’s spymaster, who has come with an unorthodox career opportunity. Her Majesty’s spies are in need of new recruits, and Kit’s flexible moral compass has drawn their attention. Kit, a scholarship student without money or prospects, accepts the offer, and after his training the game is on. Kit is dispatched to the chilly manor where Mary, Queen of Scots is under house arrest, to act as a servant in her household and keep his ear to the ground for a Catholic plot to put Mary on the throne.

Who Will Pay Reparations on my Soul? by Jesse McCarthy

Ranging from Ta-Nehisi Coates’s case for reparations to Toni Morrison’s revolutionary humanism to D’Angelo’s simmering blend of R&B and racial justice, Jesse McCarthy’s bracing essays investigate with virtuosic intensity the art, music, literature, and political stances that have defined the twenty-first century. Even as our world has suffered through successive upheavals, McCarthy contends, “something was happening in the world of culture: a surging and unprecedented visibility at every level of black art making.” Who Will Pay Reparations on My Soul? reckons with this resurgence, arguing for the central role of art and intellectual culture in an age of widening inequality and moral crisis. 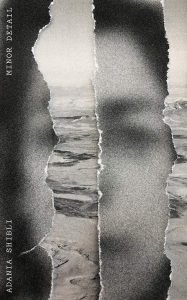 Minor Detail begins during the summer of 1949, one year after the war that the Palestinians mourn as the Nakba—the catastrophe that led to the displacement and exile of some 700,000 people—and the Israelis celebrate as the War of Independence. Israeli soldiers murder an encampment of Bedouin in the Negev desert, and among their victims they capture a Palestinian teenager and they rape her, kill her, and bury her in the sand.

Many years later, in the near-present day, a young woman in Ramallah tries to uncover some of the details surrounding this particular rape and murder, and becomes fascinated to the point of obsession, not only because of the nature of the crime, but because it was committed exactly twenty-five years to the day before she was born. Adania Shibli masterfully overlays these two translucent narratives of exactly the same length to evoke a present forever haunted by the past.

A History of My Brief Body by Billy-Ray Belcourt 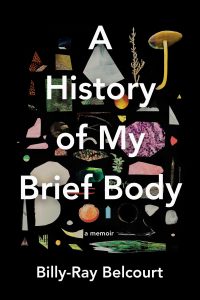 Opening with a tender letter to his kokum and memories of his early life on the Driftpile First Nation, Billy-Ray Belcourt delivers a searing account of Indigenous life that’s part love letter, part rallying cry.

With the lyricism and emotional power of his award-winning poetry, Belcourt cracks apart his history and shares it with us one fragment at a time. He shines a light on Canada’s legacy of colonial violence and the joy that flourishes in spite of it. He revisits sexual encounters, ruminates on first loves and first loves lost, and navigates the racial politics of gay hookup apps. Among the hard truths he distills, the outline of a brighter future takes shape.

In a crowded London pub, two young people meet. Both are Black British, both won scholarships to private schools where they struggled to belong, both are now artists—he a photographer, she a dancer—and both are trying to make their mark in a world that by turns celebrates and rejects them. Tentatively, tenderly, they fall in love. But two people who seem destined to be together can still be torn apart by fear and violence, and over the course of a year they find their relationship tested by forces beyond their control.

Narrated with deep intimacy, Open Water is at once an achingly beautiful love story and a potent insight into race and masculinity that asks what it means to be a person in a world that sees you only as a Black body; to be vulnerable when you are only respected for strength; to find safety in love, only to lose it. 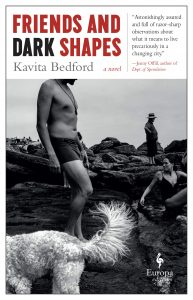 Sydney’s inner city is very much its own place, yet also a stand in for gentrifying inner-city suburbs the world over. Here, four young housemates struggle to untangle their complicated relationships while a poignant story of loss, grieving, and recovery unfolds.

The nameless narrator of this story has recently lost her father and now her existence is split in two: she conjures the past in which he was alive and yet lives in the present, where he is not. To others, she appears to have it all together, but the grief she still feels creates an insurmountable barrier between herself and others, between the life she had and the one she leads.

Everyone has a Tully Dawson: the friend who defines your life.

In the summer of 1986, in a small Scottish town, James and Tully ignite a brilliant friendship based on music, films and the rebel spirit. With school over and the locked world of their fathers before them, they rush towards the climax of their youth: a magical weekend in Manchester, the epicentre of everything that inspires them in working-class Britain. There, against the greatest soundtrack ever recorded, a vow is made: to go at life differently.

Thirty years on, half a life away, the phone rings. Tully has news–news that forces the life-long friends to confront their own mortality head-on.